Last Sunday we got to witness the spectacular tournament of the local male quail competing for the rights of ‘royalty’. There were about 2o gathered at the base of a mesquite tree. Each would take turns trying to knock off  the quail perched on the highest limb. 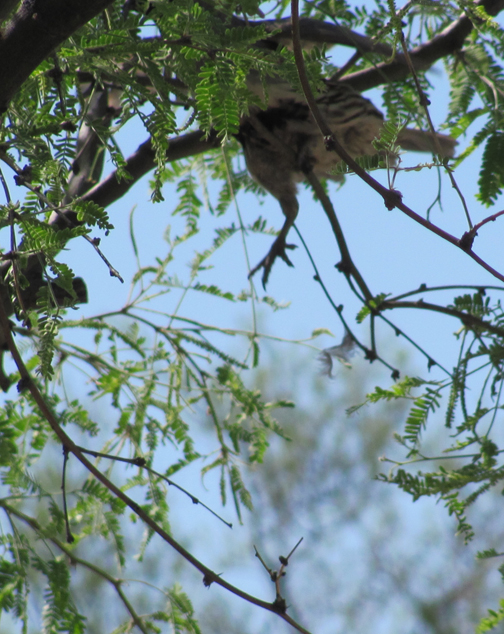 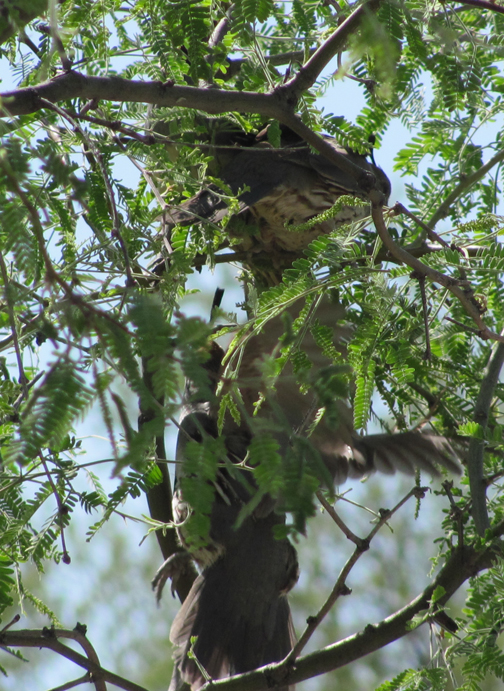 Each male quail would take turns. As one got pushed out of the tree, another would  fly up to take his place. 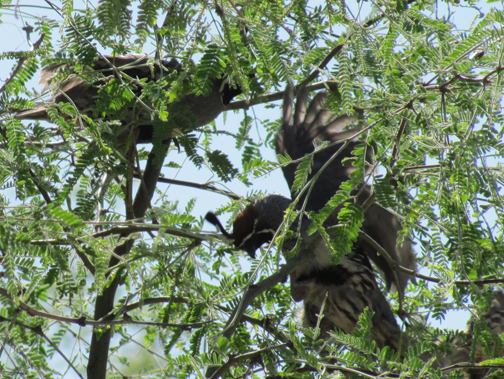 On the ground, the defeated were consoled  by their disappointed mates… 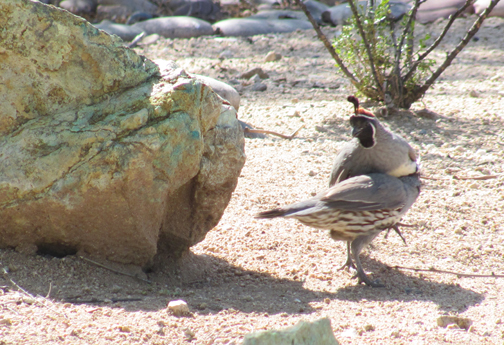 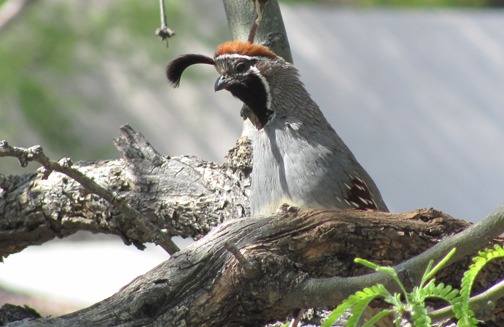 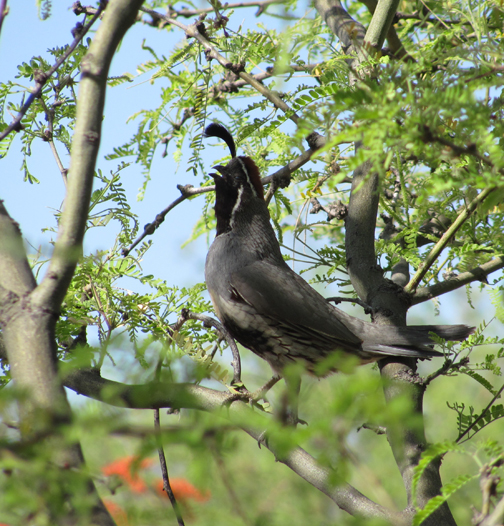 All Hail the King Quail

One thought on “All Hail the King Quail”