Last Sunday, the first day of the new year, I sat on the porch trying to get inspired. For some reason, I’m just not that into 2012. Not just because it’s supposed to mark the end of the world on the Aztec calendar (in fact, the big New Year’s Eve party in Tucson was called Aztec Apocalypse) which in itself, is not a very optimistic celebratory title.

I had to shake my malaise, so I grabbed the camera and headed out to explore the backyard, thinking that I could capture that New Year’s Cheer in some beautiful photos. I had missed the New Year’s Eve excitement the night before, going to bed at 9:30 pm, trying to stay awake watching Dick Clark’s New Years Bash, or whatever the hell it was. I had to give it up when they started extolling the virtues the occupy Wall street idiots….Gag! Yeah, that’s great….let’s encourage self pity and class warfare…that’ll surely bring great things this year!

So…anyway… on New Year’s day, I thought I would just occupy Todd’s Backyard and be happy! But, as I scanned the yard, looking for some lovely photo ops, I was having a hard time. The winter blahs have started to ‘brown out’ the lush greenery of Summer/Fall past. And many of the critters are hibernating or gone for the Winter….Ok, a little self pity here…

I was however, a bit startled when focusing on said dreariness, there was something beautiful here!

I continued my photographic exploration…

I was discovering very interesting,  almost otherworldly  scenes through the lens of the camera! A kind of beautiful ugliness, if you will.

My imagination started to kick in, my spirits lifted! 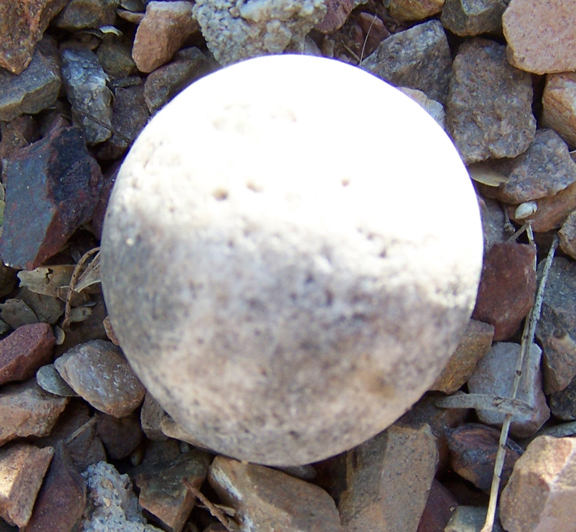 The moon among the rocks?

A coyote head in the cholla bones?

A rock garden atop a weathered table!

I was on a roll…then I smelled him…

I turned around, and of course, what could be more thrilling than a javelina snuffling among the garden sculptures…

And the aroma!….Immediatly  brought me back to thoughts of the ‘occupied’ people….Aaauuurrrrrggh!