A bobcat seems to have made himself comfortable in Todd’s Backyard, apparently with the abundance of fattened (feathered and furry) food sources! We have seen him passing through the yard now and then, over the past year or so. But, this past week, we have caught him on several occasions, catnapping under the cactus in the late afternoons!

Todd saw him first, a few days ago.  Excitedly, he pointed out to me, the big cat’s location. I grabbed the camera and went out to investigate….but I was having a hard time spotting him….I kept focusing on the specific area where Todd swore he could see it! 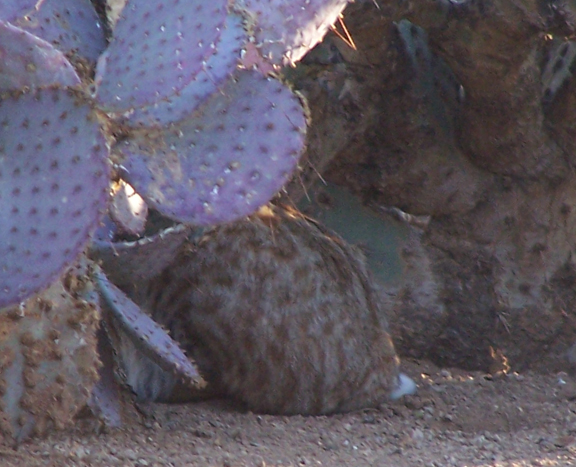 Then, finally…I realized I was looking at badass cat ass!

Having picked out his position, I was able to get some pretty good pics! 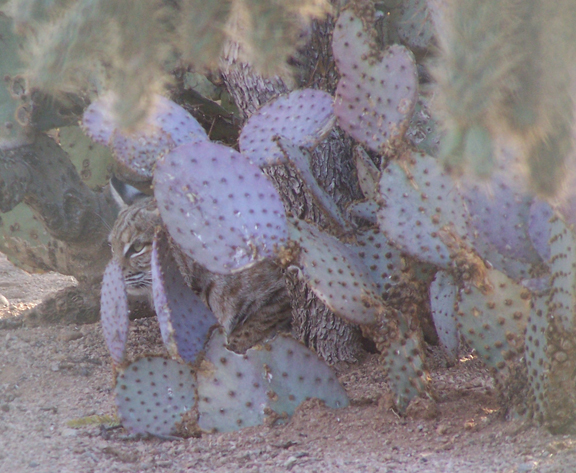 Peek-a-boo, I do see you! It is so amazing how he blends into the desert!

Bob must have felt pretty confident in his blending ability, because, he saw me snapping photos.

Undisturbed, he just continued to lounge. 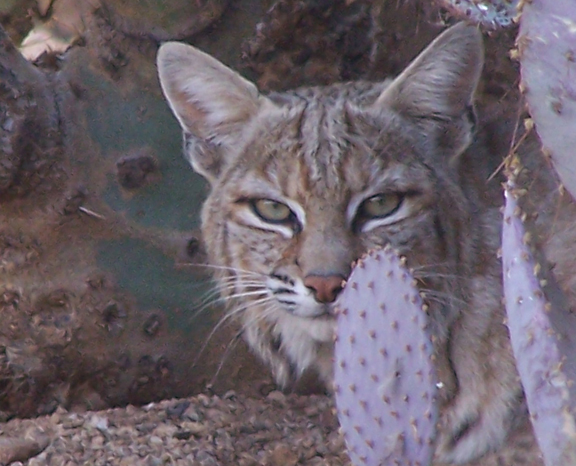 He even posed for the camera with a purrrfect pussycat grin. He stuck around for about 1/2 an hour, then sauntered away, going on to do whatever bobcats do when they are not snoozing or snacking.

The next day, around the same time, we spotted him lounging again…this time in a different locale… 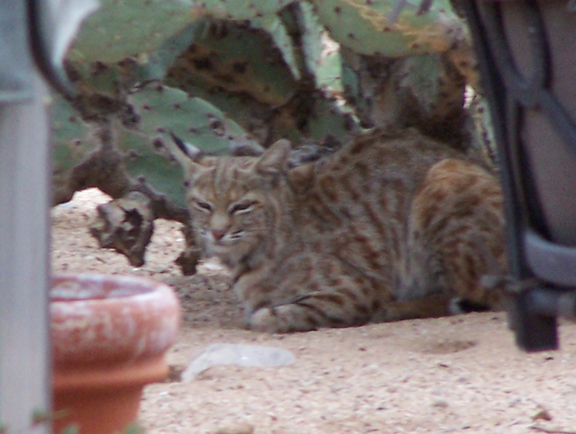 Just off of the porch by the hot tub. ( Yes,we do keep our pets in, when Bob’s out!)

Again, he stayed and napped for about 1/2 hour before moving on.

So, yesterday, as we sat on the porch enjoying our Friday afternoon cocktails, we  were hoping we might see him again…and we did! Back in his cactus hideaway, by the wash, beyond Todd’s grill. 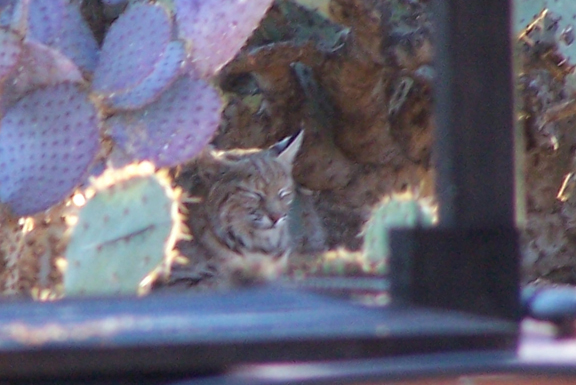 Feeling as if we had found ourselves in a desert wildlife sanctuary, it got even better! Our javelina friend, Jairy, decided to visit! ….Uh oh…do bobcats eat javelinas? We really hoped that we wouldn’t have the opportunity to find out! 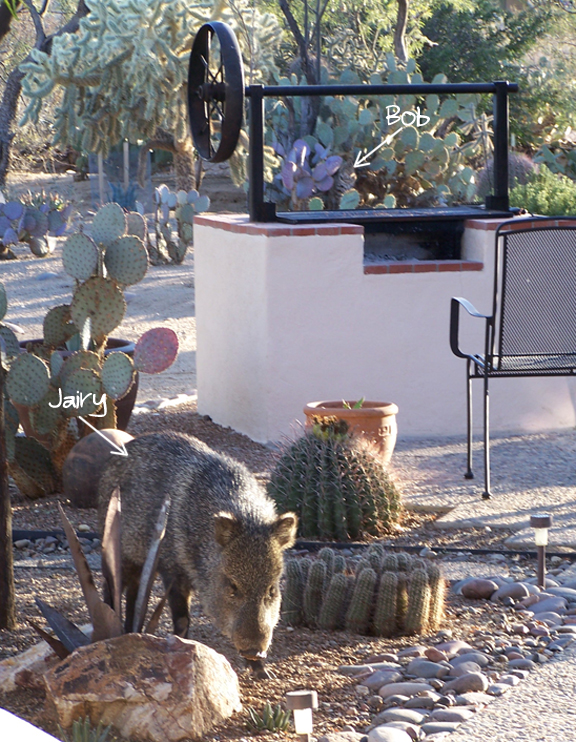 I thought about grabbing my video camera in case we were to witness a little tumble and rumble in the desert. But, as the drama unfolded, there was no drama..whew!

After Bob moved on, I took the opportunity to ask Jairy what might happen if he ever bumped into Bob in the future… 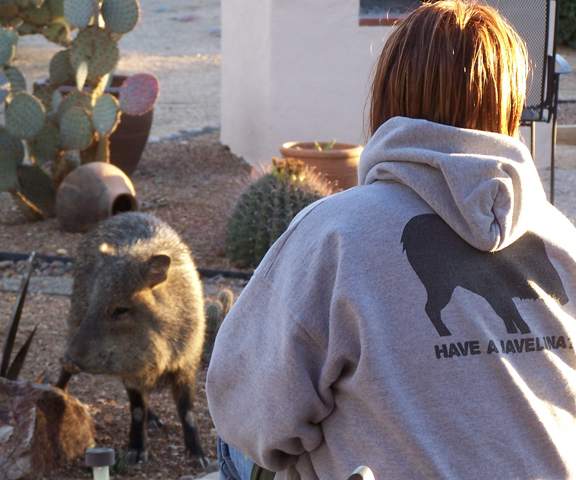 His reply…”Bob don’t be messin’ wid this stink ass bitch!”